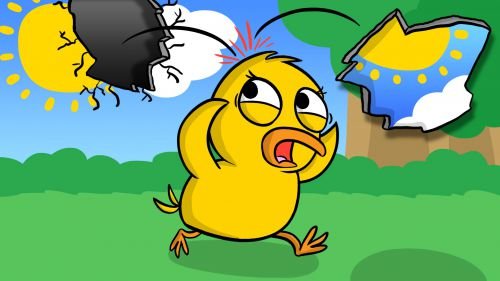 The Chicken Little Story is an American fairy tale, initially written by La Fontaine. The story tells of Chicken Little’s attempt to warn the townspeople that “The sky is falling!”

This is Chicken Little Story. Chicken Little is a little chicken who always had a solution for everything. One day, Chicken Little was playing in the yard under the maple tree when a squirrel rushed by with his arm full of acorns  and one of these acorns fell and hit Chicken Little right WHACK! at the middle of the head. Then, the acorn bounced back into the hole in the tree leaving no evidence that it was ever there. Read more about Chicken Little! 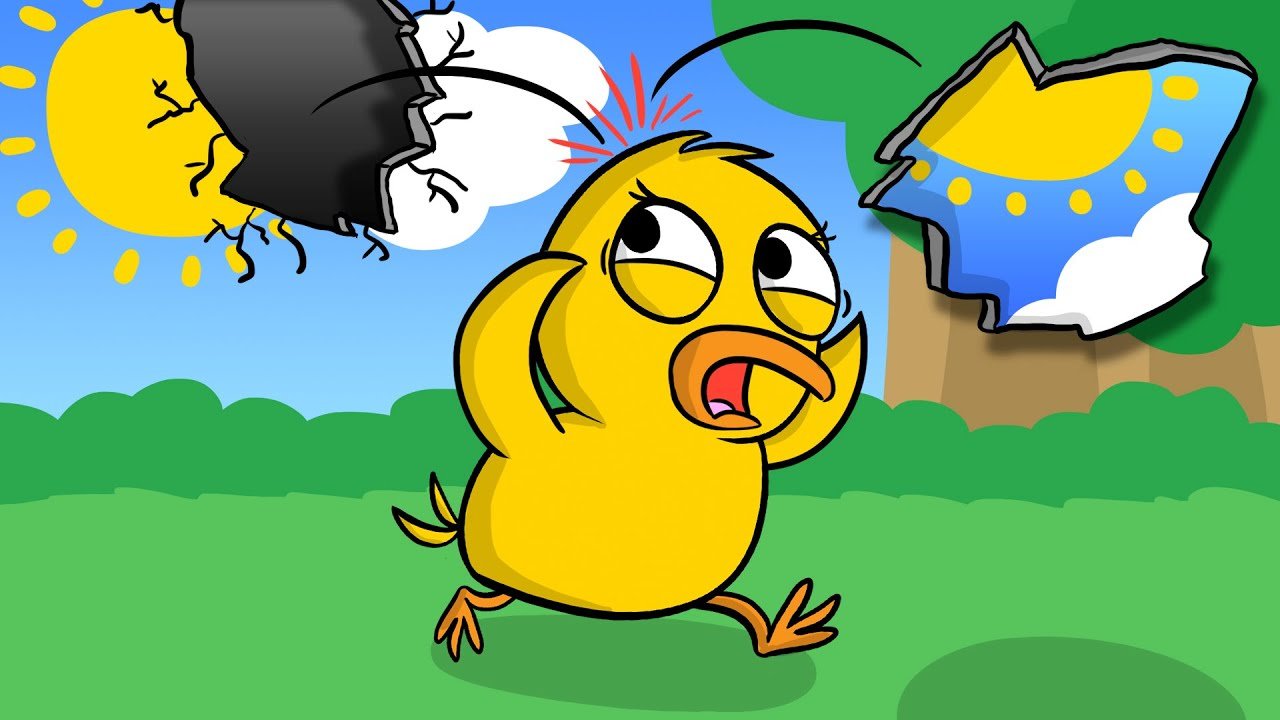 She packed up some of the things that she needed into the bandana and tied it to the end of the stick, through it onto the shoulder and hit the road. On her way, she met Cocky Locky who stopped her and asked what was the issue. She told him, “I was sitting under the tree when the piece of the sky fell and hit me right on the head!” Cocky Locky also got worried. He joined Chicken Little and they both headed to the King’s castle.

Soon, they met Ducky Daddles on their way. Ducky Daddles asked, “Why are you both in so much hurry?” They both told the incident that had happened with the Chicken Little. They said, “You haven’t heard the sky is falling! A big piece fell on Chicken Little and almost squashed her.” Ducky Daddles was very scared and so he, too, joined them to tell the King the very important news. You may also like, The Bear And The Bees.

When they got there, the King was very surprised to see them. “What are all of you doing here?” the King asked. They told the King, “The world is ending!” They revised the complete incident in front of the King as a proof. But, the King wanted to see the piece of the sky they were talking about. But Chicken Little didn’t have it. “How can you say that it was a piece of sky?” Also read, The Magic Porridge Pot Story.

“How can you say that it was a piece of sky? It could be anything!” concluded the King. Chicken Little replied, “There was nothing above me except for the tree, and there was nothing on the ground when I got hit and I always have answers for everything. So, the only thing above me was the sky.” The King was not ready to agree with them. And so, the King traveled back with Chicken Little to take a look at the tree under which she was sitting that day.

They waited around for a while when a squirrel came running by and yelled down to them, “Hey guys, did you see my acorn I dropped yesterday?” All of them started to investigate. And finally, when Chicken Little checked the hole inside the tree, she saw a missing acorn. The squirrel was happy. Chicken Little was happy.

Chicken Little learned that the sky was not falling and that sometimes its okay to not know all of the answers.

Here is a visual depiction of, “Chicken Little Story”. See the video story below,