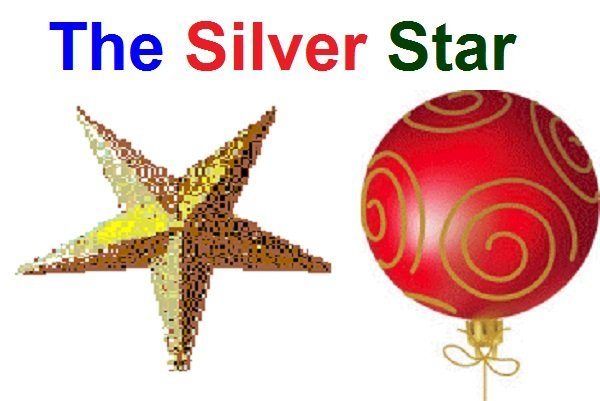 A tree here that I know – we know – are a silver star and a crystal ball.

– We are spruce – answered the ball.

– You do view attire alindar … – answered the crystal ball.

Went up one time and the star asked again:

– Why are we decorate?

– Because this tree is not like the others. The fruits of it are rare. Appear one day, your glimmer what as know or can, and are then harvested and stored until next year.

The Crystal Ball had a lot of experience from other Christmases, while the star was young, Cool Silver, and knew almost nothing. But had heard that there were shooting stars, stars falling from the sky and disappear in the sky, a breath of light.

– Maybe you are, perhaps you are not … But do not try it.

It moved one more time, and the star kept it to himself that idea, a tiny idea. “Do not try it”, told him the ball. And if you experienced? It was what he did.

Fell in a fright, but as it was light, innocent and fragile, a stream of air coming from an open door somewhere, took it with him.

Took it away and made it it landed without damage, the fluffy moss.

– Look, it’s the star of the cave – someone who was arming the manger said.

And star of the crib was.

Where was where they put via the manger, the shepherds, the Magi, the washerwomen with backpack head, milk jug with the strap, the bums, the miller, the azeiteiro and all the people of the crib and more people of flesh and blood, who came admire that prettiness, smile at the baby Jesus and look for the star, suspended from the top of the cave.

Eight-pointed star that was pointing in all directions, nor knew where she shone immense.

Shone as he could.

For the year, the silver star already has a lot to tell the crystal ball.