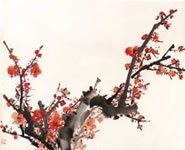 A Mandarin preparing to hold an important official position was visited by a friend who came to say goodbye.

They embraced and their friend recommended to him:

Above all, in the performance of your important duties, never lose your temper.

He promised the Mandarin that he would never forget this precious advice.

Three times the friend repeated the same recommendation, provoking the Mandarin’s boredom. As he was about to do so for the fourth time, the Mandarin was exalted and shouted:

– Enough, I’m not deaf, much less I’m an imbecile!

So his friend, calming him with his hand on his shoulder, made this comment:

– You can see how important it is to be patient. Three times you have listened to my advice, no longer able to conceal boredom. The fourth time you couldn’t control the fury. What will happen when you have to be truly patient in your position?

His friend dropped his eyes to the floor and just sighed. J. J. Letria Tales of Ancient China Port, Ambar, 2002