The story that we read is that of the Three Little Pigs and the Wolf, and as we see here, only one of them is not silly, because the other two almost lose their lives, creating judgment after the beast was unsuccessful.
Once there were three little pigs. Cicero, Hector and Practical. One day they decided to build three houses. Each would make his, to hide from the wolf, which was very bad and liked to eat pigs. Cicero soon found everything I needed:
– Here is a portion of bamboo, glue and string. With that, I will build a very good home!
Hector then spoke:

– A breath of the wolf comes to blow your house down.

– None of that! Are you kidding? My house will be too strong!

And in an instant the pig Cicero had the house ready. Gleefully began to sing:

“My house I did, alone and finished, to live in it, happy just like a king!”

The other two pigs continued walking down the road. They wanted to make better homes that Cicero therefore sought stronger material than bamboo.
Just ahead Hector said:

– Hey, little brother! Why do not we stop here? See that great boards! The wolf can not take down a house made with them.

– Now with two blows the wolf drops a clapboard house! – Practical replied. – But if you want, stay here to build it. I’ll look for something better.

– I’ll make a home-wolf-proof, you will see! – Hector said he was already so tired of walking and thought it best to get the job. It did not take more than a day to make the house.

When she was ready he sang:
“My house I did, alone and finished, to live in it happy, happier than a king!”
Practical had not laziness. Worked for four days straight, to build your house. But when the service ended, the house was solid, made of bricks and cement. Had to window, door with lock and fireplace with chimney!
The three brothers were living each in his house.
One day the wolf passed by there and smelled pig, which was his favorite food.

– Hum! Good smell of pig! To give me mouth water! Comes from that bamboo house … I’ll take a look.
– The wolf! – Cicero shouted scared to see him.

Oh, a little pig! – Said the wolf licking his lips. – What are you doing there in the house? Come take a walk with me!

I’m not going in that conversation. I’m no fool.
– If there goes well, will for evil – threatened the wolf. – I’ll blow your house and with a single blow she will fly through the air!

– That’s what you think! – Answered the pig. – My house is very strong!

– Do not say we did not warn you – continued the wolf.

The wolf blew and the first snitch already brought down the house. Bamboos flew through the air and Cicero went flying too.
That grip! With the wolf on his heels, Cicero tried to run to Hector’s house, shouting:
– Quick, open the door! The wolf is after me!

Arriving near the Hector’s house, the wolf pretended to be nice and said:

– We are not fools! Do you want to eat us. We will not open the door ever.
– Do Not? For now show them what will happen – said the wolf.

the wolf blew and second snort already boarding house was flying through the air. More than quickly the two little pigs clung to the roof timbers. Cicero and Hector flew along with the house.
The fate of the two was that fell near the Practical house. Once they were on the floor, tried to run over there racing.

– Quick, Practical, open the door! The wolf, with two snitches, sent my clapboard house through the air!

– Quick, Practical, open the door! The wolf, with a snort, broke my little house of bamboo!
The Practical opened the door and the two rushed.

I told you so, said Handy. – Their houses were too weak to resist the wolf. I worked a lot, but my brick house and cement is strong. Not with ten Snitches the wolf can shoot it.

– Let’s lock the door with the lock! – Said Fatty.

– And we close the windows quickly!
The wolf was already coming. Descended the hill running so that was out of breath. Practical stood before the house and was amazed to see how the pig had managed to make a home as solid.

– It will not be easy shoot it, I’m even more tired from running. . . I’d better find a way to fool these three bobinhos.
– Little Pigs, let me in, I just want compliment!

– Disguised old Wolf, you like roast. Insist will not go away, we are in, you out.

– Now let’s talk! You will or will not open that door?

– Azar your own! We have nothing with it!
The furious wolf:

That lack of respect! After all, I’m older than you and besides, I am wolf and you are pigs! You have to obey me! For the last time, open that door!

So there you go:

The wolf blew with all the strength he had. Was so angry that his breath was even stronger. But the brick house, nor flinch.

The wolf blew again and again blow. . . Each time was more angry and blew stronger. But it was no use: the house did not fall.

– I did not say that my house was solid? You can snort you want. . . the house will stand up to you not take it anymore!

The wolf saw that the pig was right. He was completely out of breath and the house did not fall. This was then to take the conversation in the three:
– Little Pigs, know what I found? Here there is a very close loaded apple tree. How about if we divide them apples?

The next morning, the wolf came to the apple tree and saw the piggies. After a while a voice called:

– How come? We are eating our portion of apples – answered three.

The apple be eating to kill your hunger. Let’s go home running because otherwise you eat us.

Long live the king of cunning, live our great wolf. Won today, of course, the prize of greater fool!
What does that mean? – Asked the angry wolf. – Oh, your rascals! Are closing in the house!

The distracted wolf, looking apple, had not seen the three little pigs descend the tree and run to lock up the brick house.
The wolf got a tall ladder and pulled up to the house. Slowly, he tried to climb quietly.

– Now do not escape me! – He thought. – I’m going in the chimney. . . and fall right in the middle of them! The three bobinhos not notice where I come!

But the three little pigs, closed inside the house, were alert.
Buy paws wolf out the window, Cicero warned:

– Brothers wolf will enter through the chimney

– Go into the fire and burn all! – Said the Gordinho.

The wolf, however, was thinking:

And he went down, not realizing what was coming.
– May Day! My tail is burning! Help! Water! Help!

With the fire wolf run, giving you good lesson and now we see it disappear laughing like a rocket!

Great is our happiness, a party will be done. The well judged evil, the wolf will not come back!
The wolf with burning whole tail, came pounding, howling with fear and fright, while the three little pigs laughed uproariously.
He never returned there. The three brothers went to work and built a large and beautiful house of brick and cement, for the three living together. It was very good, strong and resistant: it was a home-wolf-proof.
And so ends the story of the three little pigs known. But stay in our memory that the two distracted from past dangers, were filed more. . . 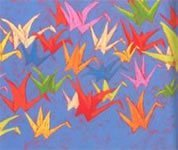 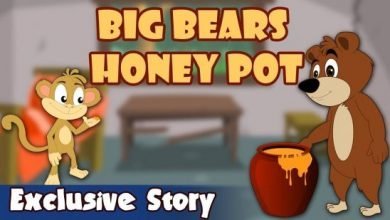 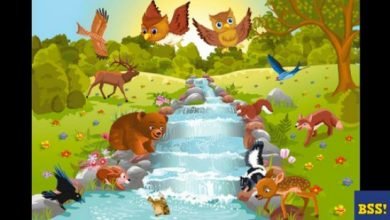 The Heros Of The Jungle

Yudisthira at the gates of heaven 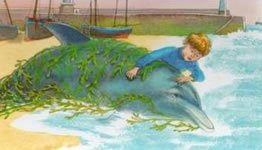