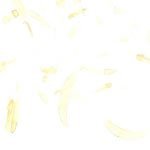 A woman with a sharp tongue was accused of spreading a rumor. When they took her before the village rabbi, she apologized:

“It’s just a joke, and it’s not my fault that my words have been spread out to others.”

However, the victim demanded justice, saying:

– Your words have destroyed my good name!

“I take back what I said, and thus nullify my fault.”

When the rabbi heard these words, he realized that the woman did not understand the scope of the crime she had committed. Then I said to him:

“Your words will be excused only after you have done this: bring my pillow to the market, cut it, and let the wind carry the feathers.” Then pick each one and bring them back. When you have done that, you will be acquitted of your crime.

The woman nodded and thought to herself, “The old rabbi has gone mad for good!” But as soon as she cut the pillow, she saw as soon as the feathers flew to every corner of the square. The wind carried them everywhere, over the trees and under the wagons. The woman tried to catch them, but after much effort realized that she would never find them all.

He went to the rabbi with some feathers in his hand and confessed:

And from that day on, the woman spoke only kindly to all she met.