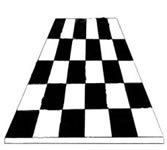 Floating Eagle Feather, son and grandson of Mayan Indians, told me this story, learned from a Buddhist monk from Thailand.

A tense-faced warrior, tired of wandering aimlessly, from feasts to defeat and from these to illusory triumphs, once went to visit, at the bottom of a forest, a hermit well known for his kindness and unflappable wisdom. In the hut of branches where he was received, after having told the holy man of the painful adventures and having confessed his weariness in the face of human evil, he said:

– I just want you as a teacher. Teach me the knowledge that illuminates your face and makes life beautiful.

The hermit advised him to meditate, to look beyond appearances, to endeavor to discover, in the noxious trifles of the world, the tasty fruit of peace. It taught him to master his breathing and to lead his thoughts. They talked for three whole days, after which the warrior promised the master to keep those commandments.

One year later, clear to one, bitter to the other, the warrior, who had decided to attain wisdom, had bravely wrapped himself in the path, but was lost in the labyrinths of the soul. And so, one summer morning, having come to an end, he came to complain to the holy man:

“Despite my best efforts,” he said, “I have made no progress.” Of course I can now breathe as you have taught me, but I am still greedy, unhappy, and unable to love. How can I love the life around me? How can I love others if I don’t love myself?

With infinite patience, the hermit gave him new clues. He taught him the art of restraining the senses and reaching the deepest depths of the heart beyond every storm. Three days later, the warrior departed, refreshed, full of new hope. He struggled a whole year to rid his mind of the burdens that covered him, strictly observed the discipline he had been advised, tried to understand and savor life, but could do nothing.

Then she was more unhappy than ever, and she wondered if the life she led before she had the pilgrim idea of ​​attaining wisdom was no better than the unbearable helplessness into which she had plunged. He went once more to the hermit’s hut and rebuked him for his incompetence.

“You didn’t teach me how to love,” I told him. “I think you’re just an impostor!”

The hermit was not offended, quite the opposite. He listened to the complaints with almost childlike attention, then went to a dark corner of the cabin for a game of chess.

“Let’s play a game,” I said, smiling, “but let it be final and ruthless.” He who loses must die, whoever wins will cut off his head. Do you agree?

The warrior, surprised, looked at the master; Then, seeing a light of defiance shine in his eyes, he answered,

They placed the tray in front of the hut on a slab and, in the shadow of a large tree, sat facing each other, their wrinkled foreheads bent over the wooden figurines. And the match began.

A short time later the warrior was in a bad position. After six plays, he had already lost three important pieces and the king was dangerously uncovered. He was afraid. Disturbed by the cold hand of death, already heavy on the back of his neck, he began to play worse and worse. Twelve moves later was on the brink of defeat. He looked at his opponent and saw him completely impassive. Surely I wouldn’t hesitate for a moment to kill him if I lost.

At that moment he thought it was time to reflect without error. He remembered that he used to be good at chess, and it became clear to him that only the specter of death prevented him from showing what was worth. “First, I have to get rid of fear if I want an opportunity to survive; I have to get rid of it immediately!” He struggled to breathe as he had learned and thought, “Whatever happens, I have to do my best. That’s all that matters.”

Then he regarded the board with increased attention. He saw how to save the king, in danger of being eaten. It was invaded by a sudden joy. He regained hope and forgot his panic. Eighteen moves later his situation had reestablished to the point of confidently facing a long battle. After twenty-four plays, he discovered a flaw in the opponent’s game. He exalted and gave a shout of triumph.

She held her hand out to devour the queen in the offered breach, but left her suspended over the game. He looked at the hermit. She saw him still and always impassive. At that moment he wondered, “Why would I kill this brave man? I am sure I could have easily won the match when fear tormented me. But you did not. What barbaric would it be if I had my sword down on your neck?” ”

Exaltation suddenly left him. He sniffled, bowed his head, and pushed a useless pawn. Then only then did the hermit turn the board upside down in the grass with an awkward gesture.

– Finally you understand … First, you have to overcome fear. Only then can love come, he said.

The warrior smiled. Only now had he discovered how he could live to the full! Henri Gougaud The Treasure Tree Lisbon, Gradiva, 1988 (adaptation)