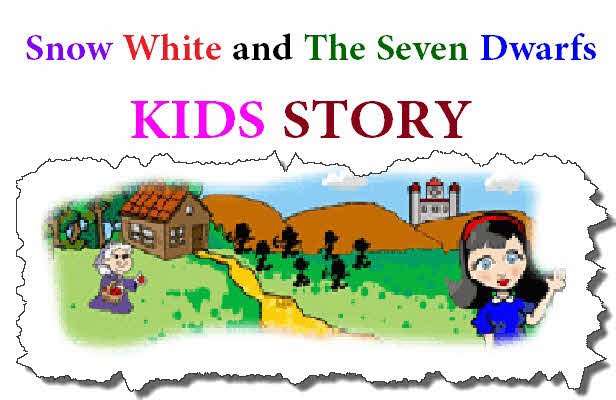 snow white and the seven dwarfs short story – good stories for kids
snow white short story
Long ago, in a faraway kingdom, lived
one king, one queen and her daughter, the Princess Snow White. Your
skin was white as snow, lips red as blood and
black hair like ebony.
One day, the queen became very ill and died. The king,
feeling very alone, remarried.
What no one knew was that the new queen was a witch
cruel, jealous and vain. She had a magic mirror,
for which he asked every day:
– Mirror, mirror on the wall! There is someone in the world more beautiful
than me?
– You are the most beautiful of all women, my queen!
– He replied.
Snow White grew and became more and more beautiful,
charming and sweet. Everyone liked her very much, except the queen,
I was afraid that Snow White became prettier than
she.
After King died, the Queen forced the princess to
dressing in rags and working in cleaning and storage
the whole castle. Snow White spent her days washing, passing and
rubbing, but did not complain. It was sweet, polite and loved by
all.
One day, as usual, the queen asked her mirror:
– Mirror, mirror on the wall! There is someone in the world more beautiful
than me?
– Yes, my queen! Snow White is the most now
beautiful!
The Queen was furious because he wanted to be the most beautiful for
always. Immediately sent his best hunter and ordered
he killed the princess and bring her heart in a box.
The next day, he invited the girl for a walk in
forest, but did not kill her.
– Princess, – he said – the queen ordered
I kill her, but I can not do that. I saw her grow and always
I was loyal to his father.
– The Queen?! But why? – He asked
Princess.
– Unfortunately I do not know, but I will not obey the Queen
this time. Escape, princess, and please do not come back to the castle,
because it is able to kill her!
Snow White ran by very scared forest,
crying, with nowhere to go.
The hunter killed a gazelle, put your heart in a box and
took to the queen, who was very pleased, thinking that
stepdaughter was killed.
Night fell. Snow White wandered through the woods to find
a cabin. It was small and very graceful. It seemed inhabited by
children, because everything there was little.
The house was very untidy and dirty, but Snow White
He washed the dishes, clothes and swept the house. Upstairs the
house found seven little beds, one next to each other. The girl
was so tired that joined the little beds, he lay down and fell asleep.
The owners of the cottage were seven dwarves that in return
home, were frightened to see everything neat and clean.
The seven little men went upstairs and were very
astonished to find a beautiful young woman sleeping in their beds.
Snow White woke up and told her story to the dwarves,
soon they were familiar to her and invited her to live with them.
Time went by … One day, the queen decided to consult
again your mirror and found that the princess was still alive.
He was furious. He made a poisonous potion, which placed within a
apple, and became a ragged old woman.
– A bite this apple will make Snow White sleep
forever – said the witch.
The next day, the dwarves went to work and White
Snow was alone.
Shortly after, the old ragged came near the window
kitchen. The princess gave him a glass of water and
She talked to her.
– Thank you! – Said the old lady –
eat an apple … I insist!
The moment he bit the apple, the princess fell
passed out on the floor. The dwarfs, alerted by forest animals,
They arrived at the cabin while the queen fled. On the trail, she ended
falling into an abyss and died.
The dwarves found White fallen snow, as if
was asleep. Then placed in a beautiful coffin
Crystal, in a clearing and were watching night and day,
I am hoping that one day she woke up.
One day, even clearing a prince of the kingdom
neighbor and when he saw Snow White fell for it. He asked the dwarfs to let him take the body of the princess to her castle, and promised he would watch for her.
The dwarves agreed and when they were lifting the coffin, he fell, causing the piece of apple that was housed in Snow White’s throat came out of his mouth, undoing the spell and waking the princess. When the girl saw the prince fell in love with it. Snow White took leave of the seven dwarfs and went along with the prince to a distant castle where
They married and lived happily ever after.