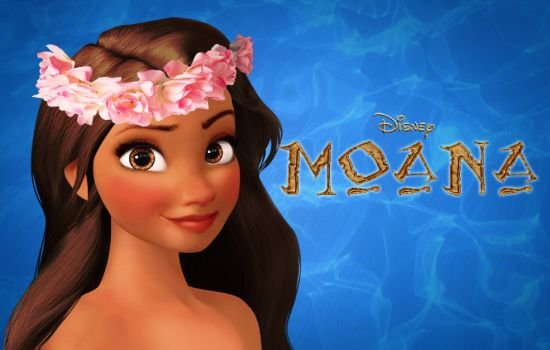 Princess Moana is a 2018 American-Polynesian 3D computer-animated musical fantasy film produced by Walt Disney Animation Studios. The 36th Disney animated feature film, is inspired by the story of the same name from the 2000 children’s.

This is a short story of Princess Moana. Once upon a time, there lived a little, beautiful girl named Moana in Motunui Island. Even when she was little, she loved the ocean. She also loved listening to Gramma Tala’s stories. Moana’s favorite was about the trickster demigod Maui, who stole the heart of the mother island, Te Fiti. According to Gramma, Maui upset the balance of nature by stealing the heart.

Moana’s dad, Chief Tui, believed the ocean was dangerous. The islanders were forbidden to sail beyond the reef! But little Moana felt a deep connection to the ocean and to all the creatures who belonged in it. She always wanted to help. And the ocean noticed and it gave Moana a special gift. When Chief Tui picked up Moana, she dropped the gift. Luckily, someone else picked it up. It was Gramma Tala! She believed that the ocean’s gift was the heart of Te Fiti.

As Moana grew, she worked hard to help lead her people and follow her father’s rules. But when Moana turned sixteen, Gramma Tala took her aside. “It’s time to learn who you were meant to be,” Gramma said. She led Moana to a hidden cavern full of ancient canoes. When Moana started drumming, BAM! BAM! BAM! she could feel the spirits of her ancestors. They were way-finders- voyagers on the ocean. Also read, Tinkerbell Story.

Gramma Tala’s last wish was for Moana to journey across the ocean, find Maui, and restore the heart of Te Fiti. So, with the heart safe inside her necklace, Moana set sail. But sailing on the open ocean was not easy for Moana- especially when a storm hit!

Moana and her boat washed up on a faraway island when she met Maui the demigod! He was not what Moana expected. Maui stole Moana’s boat. But when he tried to sail away, the ocean made sure Moana went with him. The ocean wanted them to work together. You may also like, Sofia The First: The Secret Library.

Maui promised to help her return the heart of Te Fiti only if Moana helped him find his magic fishhook. But first, they had to get past Kakamora, an army of wild coconut-clad bandits. Then, they had to dive into Lalotai, the realm of monsters. Thinking fast, Moana tricked Tamatoa, a crab monster and she and Maui retrieved the missing fishhook.

Along the way, Maui taught Moana how to way-find which is to use the sun, the stars, the moon, and the ocean current to navigate. And when the journey became too difficult, the spirit of Gramma Tala returned. “Know who you are meant to be,” Gramma’s spirit told Moana. Also, read Ariel’s Dolphin Adventure.

When Moana and Maui finally reached Te Fiti, the mother of the island was gone. Instead, there was a lava monster named, Te Ka. Maui and Moana tried everything, but they could not defeat Te Ka. Then Moana had an idea. Summoning all her courage, Moana gave the heart to Te Ka and Te Ka remembered who she was meant to be… She was Te Fiti! With her heart restored, Te Fiti bloomed once again. The world was back in balance.

Moana and Maui said goodbye. Their journey together was complete. Maui transformed into a hawk and flew away. It was time for Moana to return to her people. The young girl from Motunui Island now knew exactly who she was meant to be. She was a daughter, a leader, and a way-finder. She was Moana. You may also like to read, Princess Aurora.

Here is a visual depiction of, “Princess Moana Story”. See the video story below,