Nothing seems to bring people together like Christmas. The fact that I was in prison made no difference. But at first it was not so.

The guards had placed a Christmas tree – rooted and all – in each unit. The idea was for men to decorate it with everything they could find. Creativity should be our only limit, and the winning unit would get gaseous and popcorn.

The tree was in a corner for a week. It seemed to be a symbol of the loss of dignity we all felt for being incarcerated at this time of year. The passing inmates commented on what you could do with the tree. I also ended up falling victim to the general gloom, which seemed to match the gray clouds that announced snow outside my window. The longing for home and the fireplace left me in a state of deep discouragement. I thought of the series of events that had brought me here. I was so depressed that I couldn’t even feel contempt for the people who had sent me to prison. All the blame seemed to fall on one person – me.

I stepped out into the unit courtyard and sat in a chair watching the others pass – to go nowhere. I turned away from some men who were sitting at the other end of a long row of chairs. The tree was straight ahead, its branches brittle from its abandonment. The pine needles scattered across the ground indicated a lack of water, and however angry he could not deny a tree some water. I went to my cell, grabbed the cup, filled it in the sink and went back to it. He was almost afraid to touch the branches, fearing they would break. Lack of water is worst of all, I thought. After several comings and goings with the water, one cup at a time, a recluse named Buck came forward with a larger cup also filled with water.

Not all the water in the world will help these roots, I thought. Then a young man named Shorty gave me another cup of water. It took several dozen trips to bring water until the roots proved saturated. Shorty emptied six or seven cups, filling the bottom of the tin bucket that held the tree.

“In case she wants to drink water later,” he said.

While we were around, as doctors who had just saved the first patient, it was Shorty who said what we were all thinking.

“Looks a little naked, doesn’t it?”

“I think I could find something to put in it,” Buck muttered.

“I walk around and see who wants to help,” Shorty said, moving away from Buck.

I retired to the cell with old school memories running through my head as glue and paper were turned into wonderful masterpieces that my mother proudly displayed. My eyes fixed on a roll of toilet paper I had placed in a corner. Then I went looking for a bottle of white glue I had long forgotten. After removing my material possessions from the trunk, I finally discovered the glue, stored next to some letters from my former lawyer. I like to read these letters from time to time. They are always good for laughter – as you read again the useless promises that you would be released soon after a quick new trial. To say that words did not deserve the paper they were written on was more true than I thought.

The paper had strips of gold on the left edge. A spark of creativity connected me to two brain cells that had been dormant too long. I mixed the white glue with hot water to a thin milky paste. Then I took the toilet paper and unrolled a piece. Dipping it into the mixture, I was able to squeeze it and roll it into long strips. I folded them into candy, and placed them on the heater to dry and harden.

With the joy of a child, I took my lawyer’s letters and, with a pair of round-tipped scissors, cut the golden margin of each sheet. My lawyer’s letters are finally of some use, I thought as the radiator turned my creations into candy. I took the golden strip of paper and wrapped a gold ribbon around one of the drying candies. Nice work, I thought, even if I just say it to myself. They looked good and I wanted to eat them – twenty-four.

When I left for the unit, I was surprised to see a crowd around the Christmas tree. Buck coordinated the decorations with all the feel of a cruise director on the Titanic. Handmade paper chains and ornaments were being hung everywhere. Someone had taken cotton from three pillows and made a ball to build a snowman.

Another had shredded the bags of chips and hung them like silver threads. I was not disappointed when the candies were lost among other wonderful objects. A few hours later the tree was beautiful.

We were all admiring our work when Shorty came out of the cell holding something in his hands. It was an angel. She had covered a white silk plastic bottle that she had cut from her robe, giving the angel a cloak. The head was a tennis ball covered with its own hair. He had cut the face of a magazine and pasted it to the angel’s head. The wings were made of feathers from a pigeon that should have caught in the courtyard. Our angel looked a little strange, but what counted was the intention. Buck pulled a chair for Shorty and he proudly placed his angel at the top of the tree. Shorty turned to us with a smile accentuated by hair failures, asking:

Our unit won first prize, and we enjoyed the gaseous and popcorn. Our tree was laid in the courtyard for all to enjoy, with the hope that it would survive the winter. Survived. The following summer was hot. A drought had killed everything but the little Christmas tree that had been watered all summer. The men were carrying water, one cup at a time. Steven Dodrill Jack Canfield; Mark Victor Hansen Chicken Soup for the Soul – The Christmas Treasure Mem Martins, Lyon Editions, 2002 (adaptation) 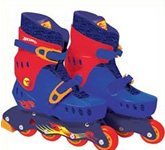 And the flowers returned … (1st part)

The roses of my rugs 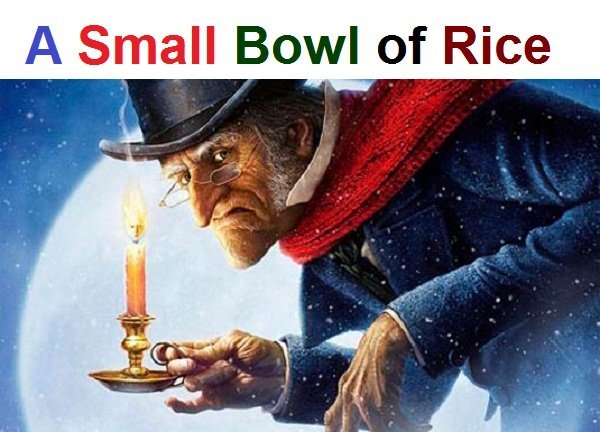 A Small Bowl of Rice 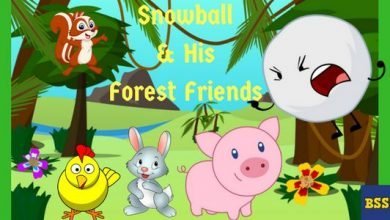 Snowball And His Forest Friends 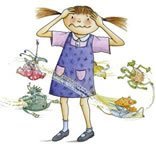