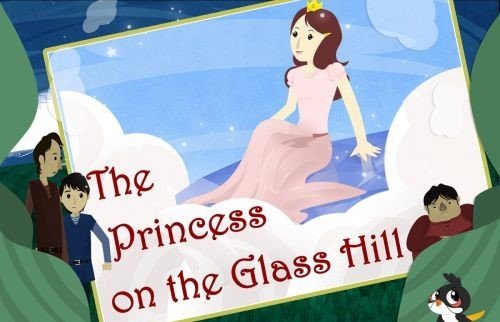 Grimm fairy tales is a collection of old children’s stories by the Brothers Grimm. They are the best-known and most influential of all german folk stories.

This is one of the amazing grimm fairy tales for the children. Long, long time ago, there lived a farmer who had three sons and forty acres of fields. But every year on mid-summers, every last plant on his land was eaten. The farmer sent his three sons out to guard the field the next year.

Then speeding over the horizon like a comet, came a horse. A horse, so beautiful, it shone like a moon. On its back was a bronze saddle and tied to it a bronze suit of armor. The horse began eating the crops in the field. Boots had to stop the horse from eating his father’s crops. He reached into his pocket and found a lump of sugar. The horse ate it and left. But the horse left behind the bronze saddle and armor. Boots buried the things in the field. But the next year, the horse came back. Only Boots stood guard. He brought sugar. And the horse left behind a silver saddle and a silver armor. The next year it was a gold saddle with gold armor.

A year later, the king said that whosoever would marry his beautiful daughter must climb a glass mountain to win her. The princess sat on the mountain, with three golden apples in her lap. Whosoever took the apples would win the princess and half the kingdom. Of course, everyone came to try. But none of them could climb the glass mountain without slipping back down.

Barty tried and fell on his face. Otis tried and fell flat on his butt. Neither brother would let Boots try and said, “If we couldn’t do it, how could you?” But then a rider in the bronze armor, sitting upon a bronze saddle on the most beautiful horse rode towards the glass mountain. He got a third way up before turning back. The princess saw this and threw an apple to the rider. The horse and the rider returned for the second try. This time in silver armor on a silver saddle. The road half way up and the princess threw him the second apple. On the third try, the rider was in golden armor on a golden saddle and rode all the way up the side of the glass mountain. He took the third apple and rode down with the princess behind him.

Who was this rider who had won the hand of the princess? Lo-and-behold, it was Boots! And that’s how Boots came to marry the princess!

Here is a visual depiction of one of great grimm fairy tales, “The Princess On The Glass Hill Story”. See the video story below,