This is one of the good animal stories for children. Long, long time ago, there lived two crows near a forest. One of them was honest and the other was very cunning. The cunning crow used to always trick the innocent crow. But the honest crow always helped the cunning crow.

One day, the honest crow was very hungry and was roaming in search of food. The crow found an oyster on the beach. In order to eat the tasty meat inside, he needed to break open the oyster. He tried and tried but the oyster did not open. You may also like to read, The Dog And The Oyster.

good animal stories Image Source @www.youtube.com
He then tried to use his big beak to take out the meat but he failed to open the shell. He then hit the oyster with a stone but it still remained tightly shut. No matter how much he tried, the oyster did not open.

Meanwhile, another cunning crow flew by and said, “My dear friend, the oyster will not open the way you are trying. I advise you to take the oyster in your vbeak and fly high into the air and then drop it on the rocks below. Only then, it will break open.”
The hungry crow really liked the idea and hence followed the suggestion. The crow flew up with the oyster and it broke open as soon as the crow dropped it from above. But the other cunning crow picked it up and ate the meat inside.
By the time, the first crow reached there, he could only see the pieces of broken shell. It was the only thing which was left for him. Also, read The Cunning Crow.
MORAL OF THE STORY: DO NOT TRUST PEOPLE ON THEIR FACE VALUE.
Here is a short visual depiction of one of the good animal stories “The Crows And THe Oyster”. See the video story below,
Good Animal Stories Video 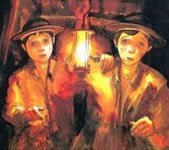 The children of the mine (part 2) 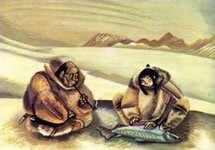 The girl and the moon man 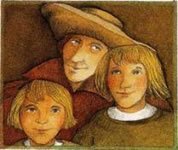 The three brothers and the pot with gold