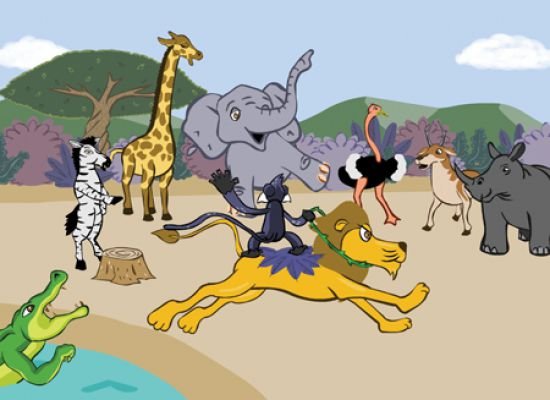 This is an amazing jungle story for kids. Once, long ago in the jungle, the animals were gathered around the watering hole. They were sad because a new lion had come to live in their part of the jungle. This lion was a terrible bully. He tied elephant’s trunk in a knot and put fruits on rhino’s horn. The lion even played connect the dots with giraffe’s spots and made funny pictures.

The animals met to see how they could get rid of the lion. Above them on a tree, a monkey was listening. He started laughing. “Why are you laughing?” asked the animals. “I am laughing because you all are scared of the lion. I am not afraid of him. He has been working for me for years,” said the monkey. Also, read Monkey And Crocodile Story.