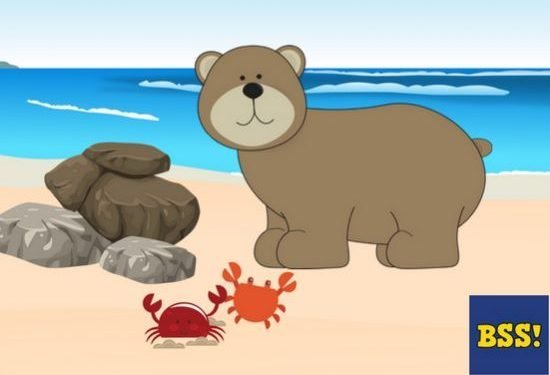 This is one of the best short story about animals with moral lesson for kids. Once upon a time, in a jungle lived a bear. This bear was huge. The bear loved to eat. Whatever he found, he would gobble it up in no time. However, the bear was extremely lazy. “I don’t want to trouble myself with hunting and killing,” the bear had decided. Also, read The Lion And The Elephant.

As a result, the bear would eat the remains of the preys other animals had left. “I don’t have the brains or the capability to hunt my own prey. Besides, who would want to go through all that trouble? I am happy this way!” the bear would tell himself.

short story about animals with moral lesson
Then one day, the bear got hungry. He looked for food around his den. But he could not find anything worth eating. “Well, then I should wait,” the bear decided. “Maybe some animal comes this way with their prey.”  The bear waited and waited but no one showed up. By then, it was already afternoon, and the bear could not contain his hunger anymore.

So, he decided to search for food himself. “If I walk around, I will surely come across something worth eating,” the hungry bear thought. As the bear was walking around, he started dreaming about what he should eat. “Bamboo would be great,” he thought. Then he thought, “or maybe some kind of fruit sounds good too. But I would be on top of the world if I could just find some honey!”
The bear walked around for a while but could not find anything. Then he came to the rocky shore just outside the forest. There were many rocks. And in the past, he had seen many crabs under those rocks. Suddenly the bear had an idea.
The bear walked towards the rocks and lifted the biggest of them. He then put his legs underneath the rock. The crabs that lived under thought it was some sort of prey, so they latched onto the bear’s furry legs. When the bear felt that he had gathered enough crabs he brought out his legs and ferociously shook them.The crabs fell down onto the sand. Before the crabs could run away, the bear cracked the crabs up and ate them. Also, read The Swan And The Owl.
MORAL OF THE STORY: HUNGER MAKES EVEN THE FOOLISH WISE.